Women CAN and DO build community 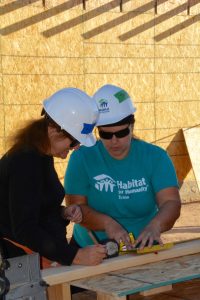 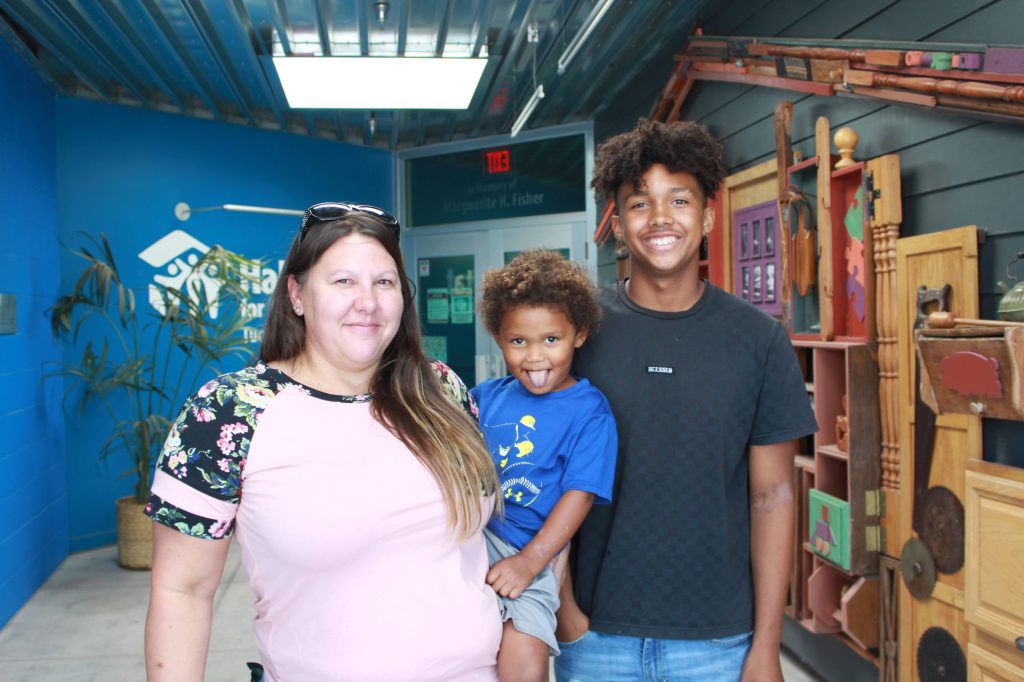 In celebration of our 21st International Women Build Day, celebrate, uplift, and empower.

Learn how you can join women to build a home in your community. Registration is limited.

We are welcoming volunteers during the week of March 8-12. Volunteers follow CDC-recommended safety protocols.

You can also become a fundraiser — win cool prizes — and help build the next Habitat for Humanity Tucson Women Build home in our community!

Women have been called “the largest untapped reservoir of talent in the world,” and here at Habitat Tucson we know that when women come together, our ability to effect change in the community is incredible.

Women Build brings community members together from all walks of life to build stronger, safer, and more equitable housing.  This coming year Habitat will be dedicating our 21st Women Build house!

According to Legal Momentum, women in the United States are 35 percent more likely to live in poverty than men, with single mothers facing the highest risk. Women are also consistently underpaid as employees, and occupy 60 percent of the nation’s lowest-paid jobs.

At Habitat Tucson, women and children make up the majority of those living in our neighborhoods, and we know what a difference equitable housing makes. to empower women and fight for equitable opportunity

We believe equality for all women, a strong sense of self and confidence, and empowering women to achieve economic independence are vitally important issues.

Let’s build one another up as we build up our community, home by home. 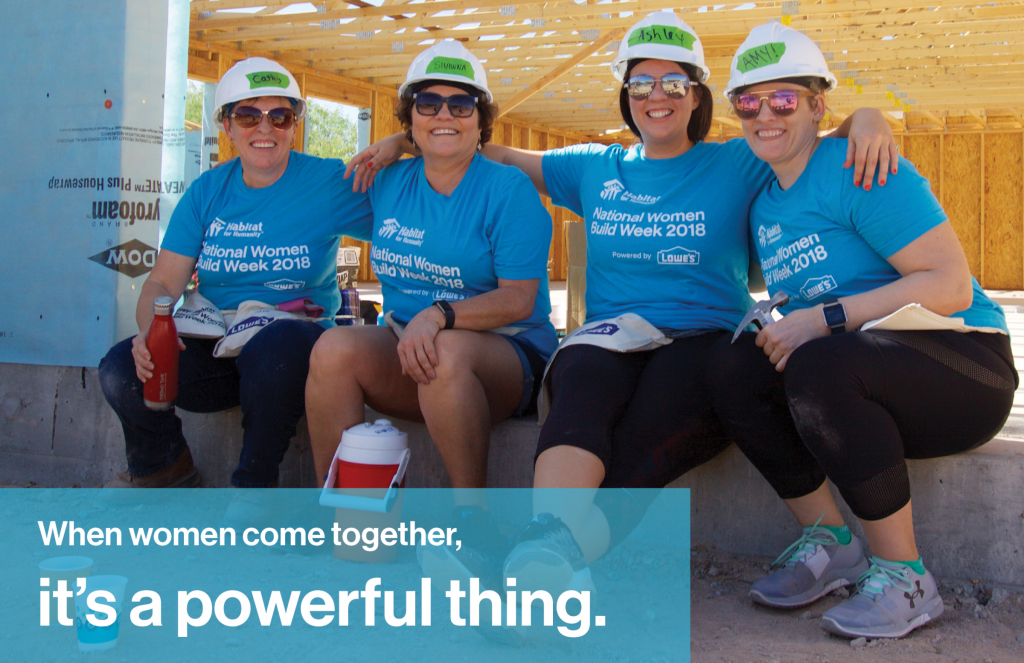 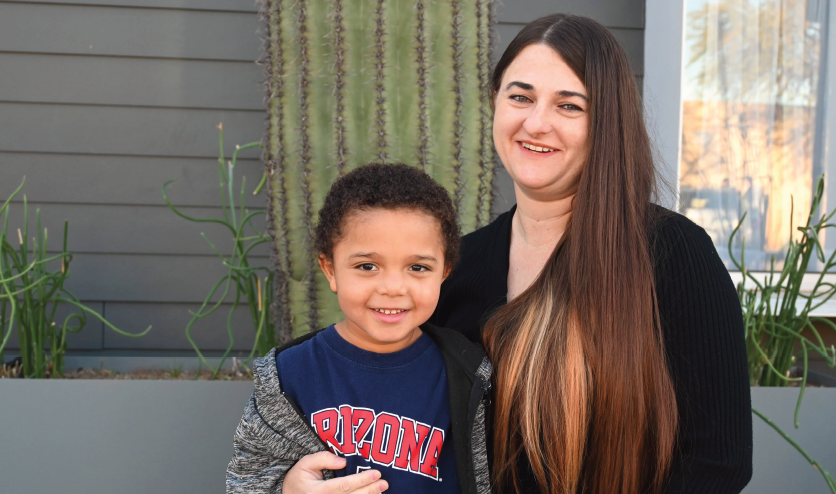 2021/2022 Women Build Homebuyer Lia. Read Lia’s story here. Lia is a single mom who cannot wait to have a home to call her own—to give her son Jonathan the dinosaur bedroom he’s always dreamed of. She moved into her home in December 2021.

How you can help: Our goal with Women Build is to empower women to help families build strength, stability and independence. We at Habitat have the ability to provide opportunities for hands-on learning, and given these tools, women can succeed in changing their communities.

Women of all skill levels come together to help families in need! Learn More >> 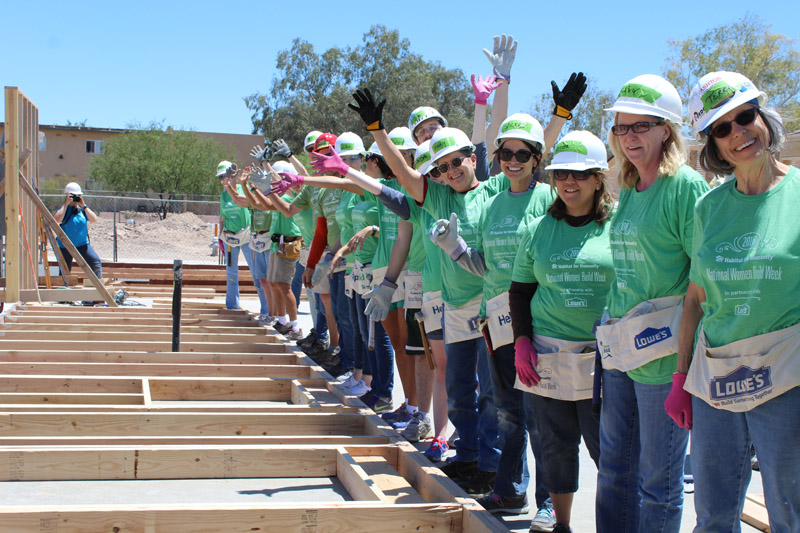 Women Build sponsors are individuals, corporations, faith-based organizations, civic groups, and foundations that contribute to the Women Build home. You and your business could help us build our next home! You’ll also receive the benefits of sponsorship, which include but are not limited to media exposure and recognition of your support and efforts to build strength, stability and self-reliance through shelter. Consider funding a home with Habitat Tucson and learn more about the benefits of sponsorship. Learn More >> 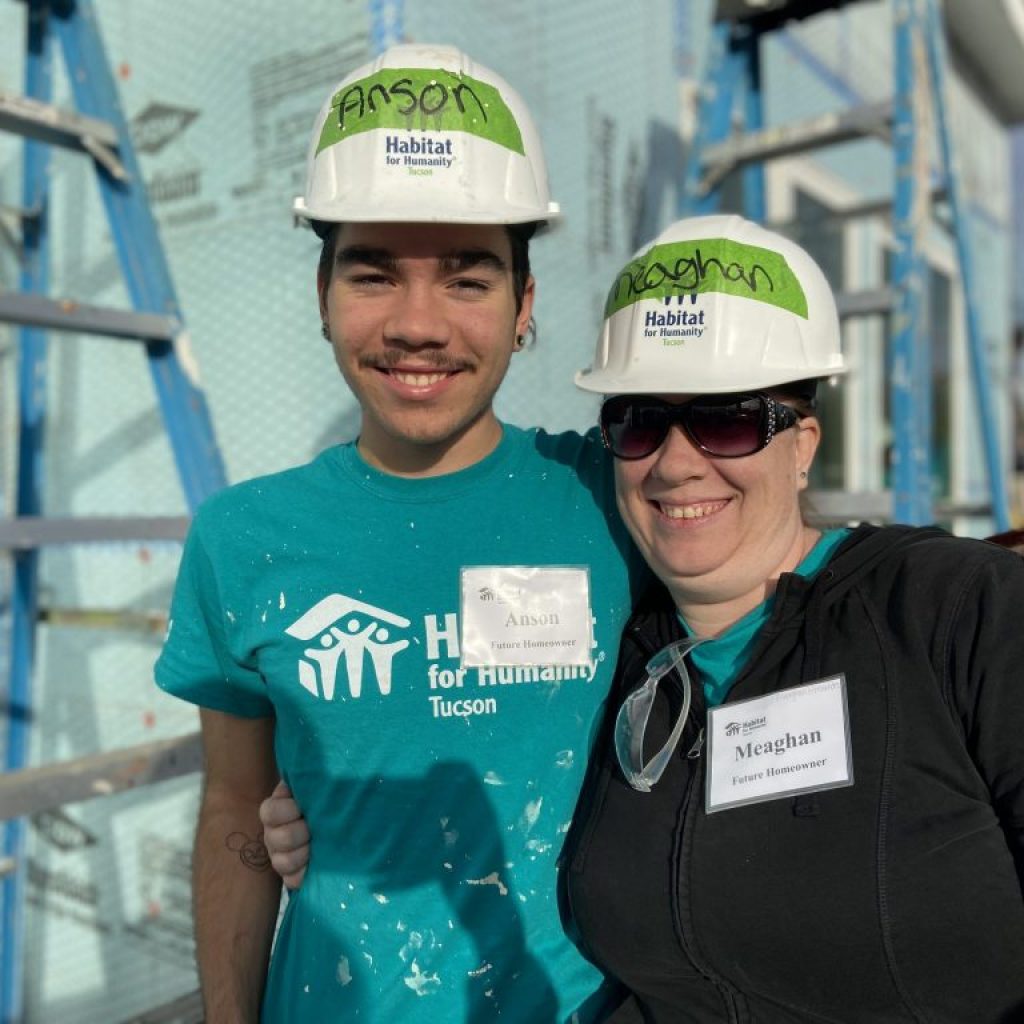 During the COVID-19 pandemic, Meghan has been on the front-lines of this crisis as a certified nursing assistant, doing everything she can to care for the ill and vulnerable in our community. 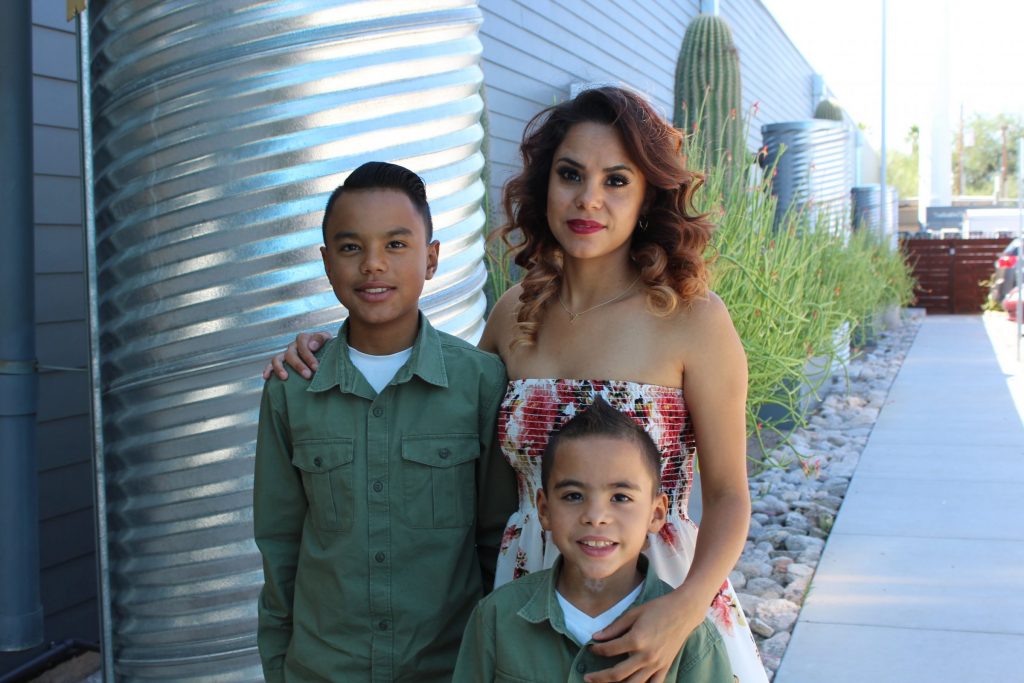 Adriana is a Tucson native who grew up in Marana and currently works as a pharmacy technician. Adriana has always wanted to give her two sons the kind of stable home her parents had given her and her sisters. Adriana’s home will be the 17th Women Build Home in Tucson.

Thank you to Women Build sponsors and donors. 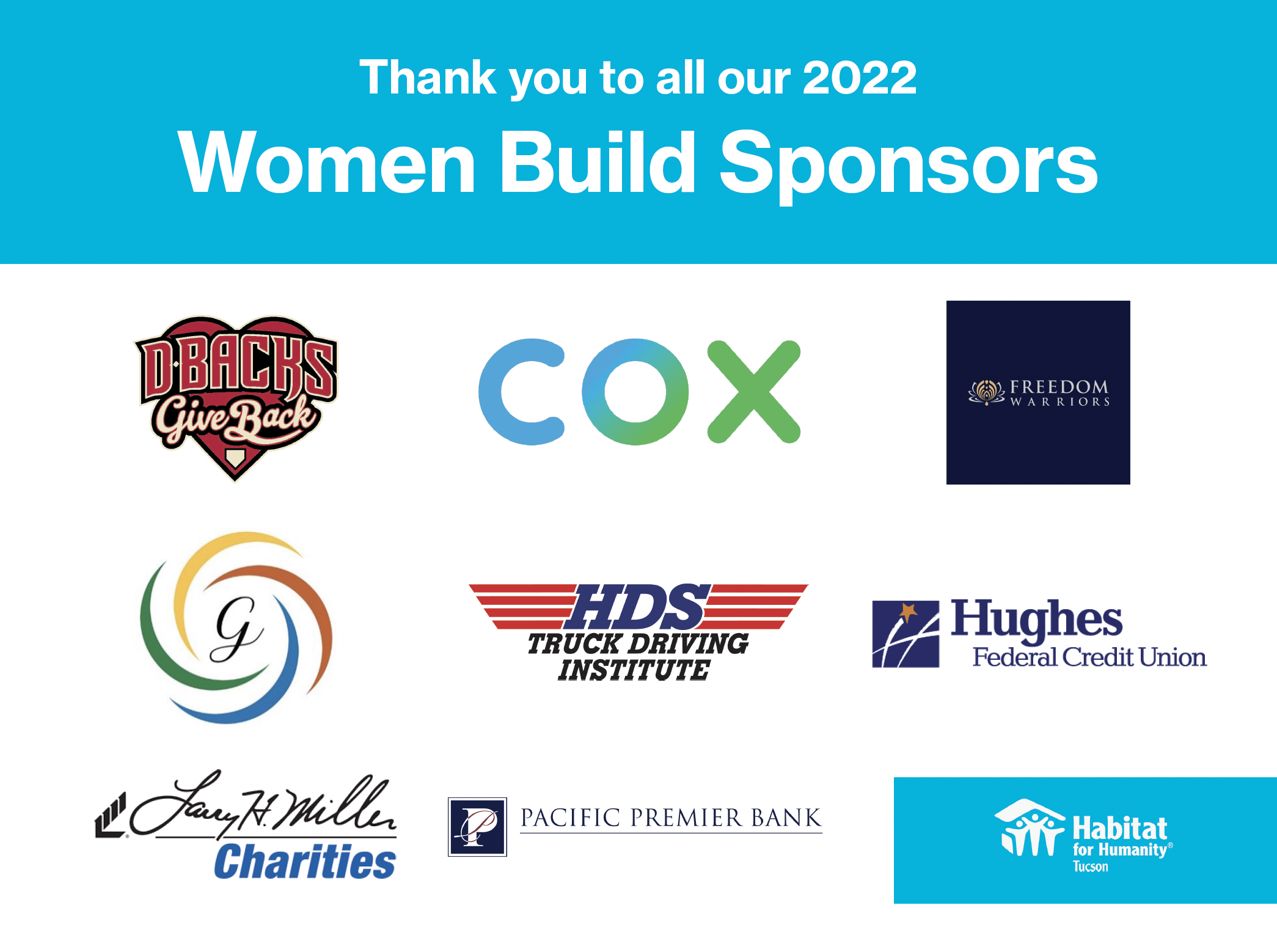 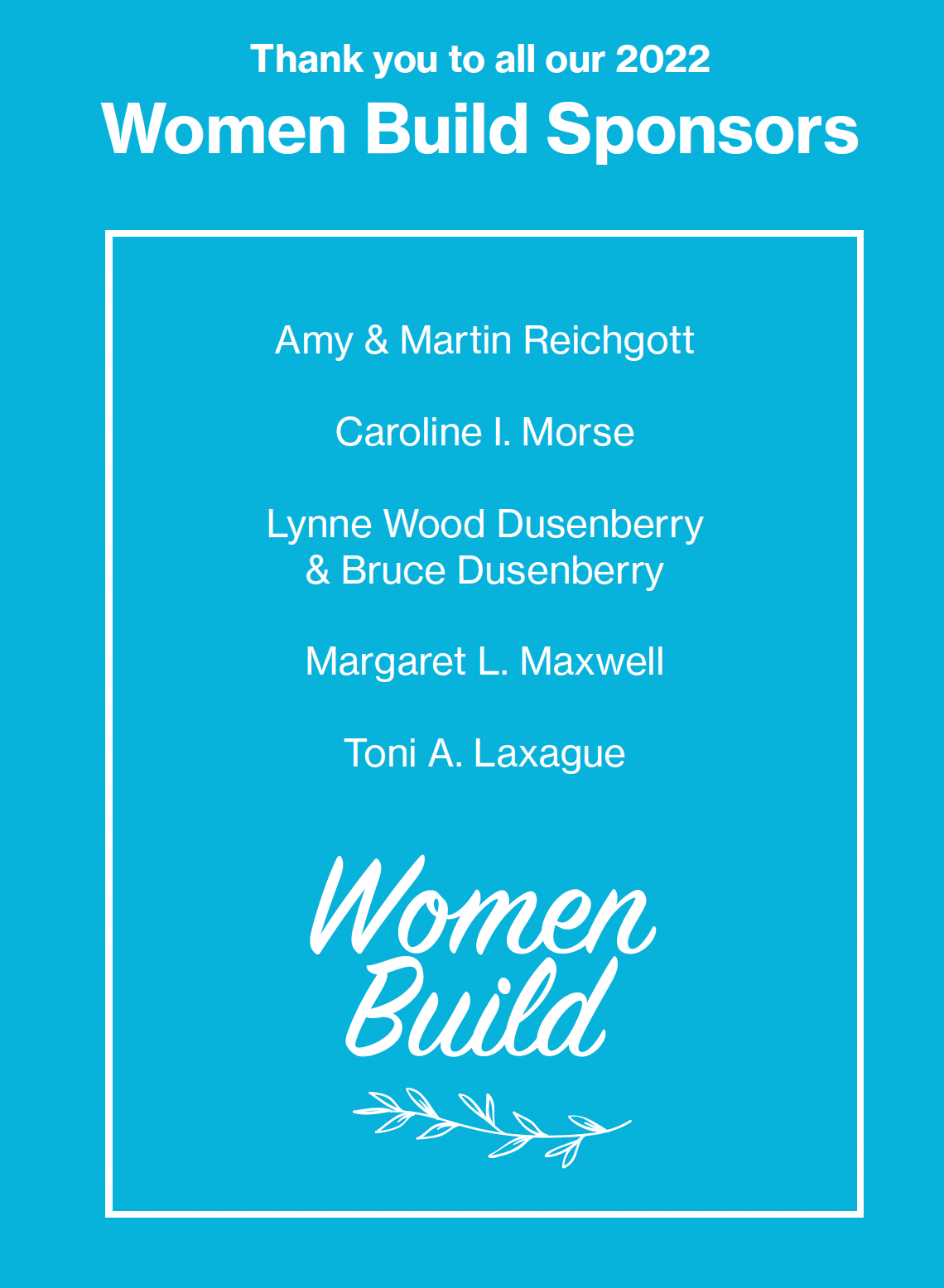