Everyone deserves a decent place to call home.

In 2005, Habitat for Humanity Tucson hosted the world’s first Rainbow Build—the first of Habitat International’s U.S. and international affiliates to do so! The idea spread like wildfire with Rainbow Builds now hosted in Washington D.C., Austin, Seattle, Ann Arbor, The Twin Cities, San Diego, and more. Tucson’s second Rainbow Build took place in 2012. We are scheduled for our fifth this year.

These projects engage neighborhoods, corporations, businesses, organizations, and the LGBTQA community in Habitat Tucson’s mission to build strength and stability through shelter.

For questions relating to Rainbow Build and sponsorship opportunities, please contact the Philanthropy Department at (520) 326-1217.

Habitat Tucson is raising funds to build the Rainbow House in partnership with local LGBTQA organizations, businesses, volunteers, and supporters. By contributing to a Habitat Tucson home, you and your organization will share in the pride of sponsorship, which includes public recognition of your support.

How you can help: 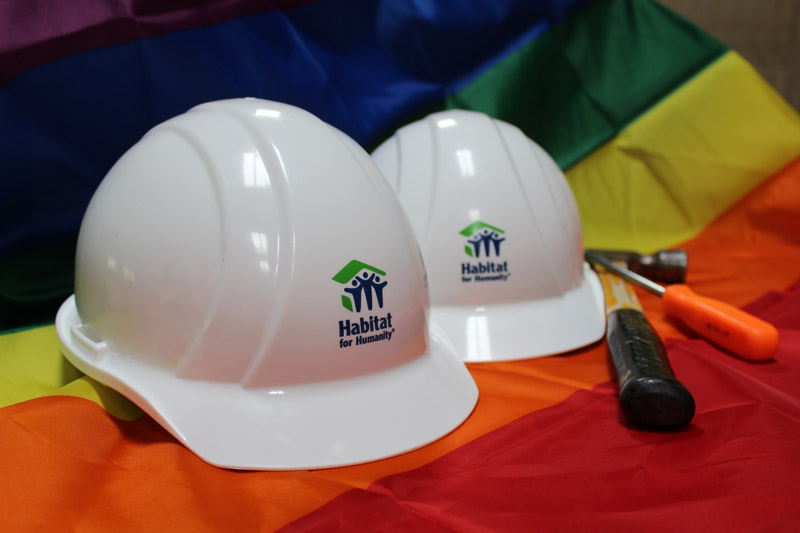 All donations are tax-deductible to the fullest extent allowed by law and qualify for the AZ Charitable Tax Credit! Every gift makes a difference.
Donate Today!

You can also become a fundraiser and invite your family and friends to support Habitat Tucson’s Rainbow Build. 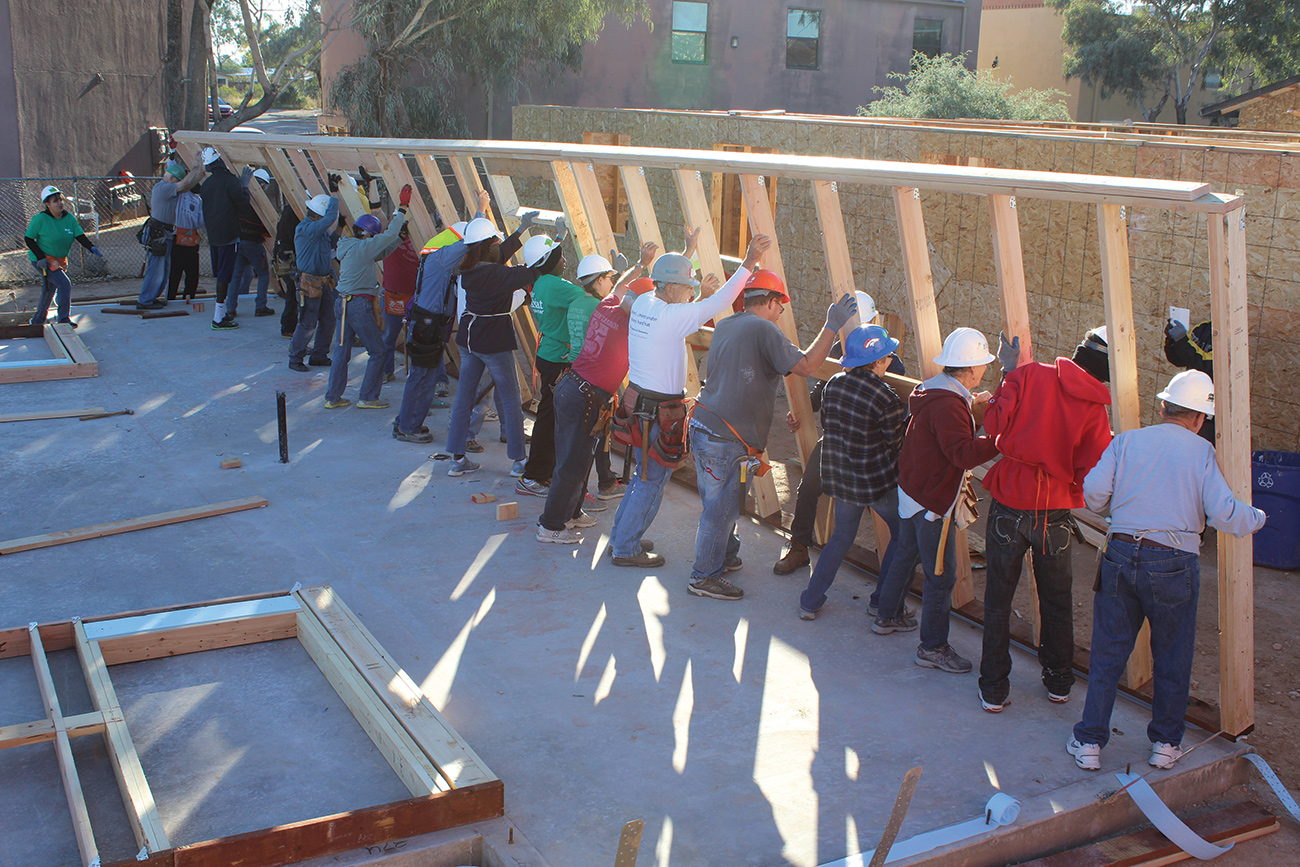 There is 1 Rainbow Build Day this year: 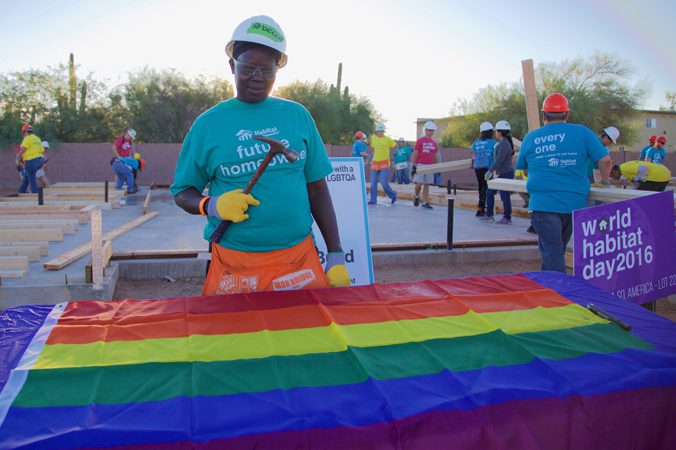 Share the news about Habitat Tucson’s Rainbow Build throughout the community. Invite your friends to participate in this exciting project. 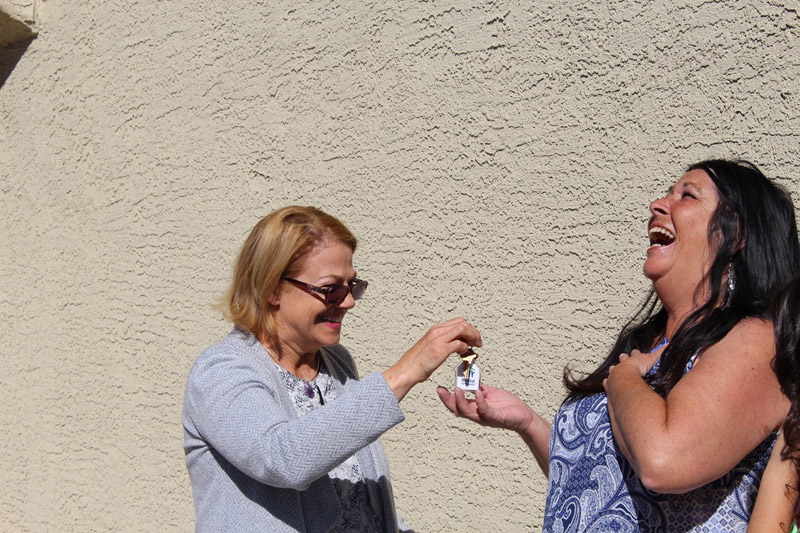 Refer an individual or family in need of affordable housing. Homes are purchased with a 0% interest loan and have an affordable monthly mortgage payment. Read more about Habitat’s path to homeownership here.

Thank you to Rainbow Build sponsors and donors.

We are delighted to launch Rainbow Build 2019-2020 and look forward to your partnership. Support of Habitat for Humanity Tucson is tax-deductible to the fullest extent of the law. For questions relating to Rainbow Build and sponsorship opportunities, please contact the Philanthropy Department at (520) 326-1217.