‘A Place We Can Call Home’ – Jacques and Dative

“We built this family, me and my wife,” Jacques says, looking at his wife Dative and his young children—Moses, who is 4, and Joanna, who just turned 2. “Anything I do, all my plans, are based on their lives and their futures.”

Jacques was born in the Republic of Congo to a large family, with 9 brothers and sisters. He spent 17 years in a refugee camp in Rwanda, due to the war in his home country.

With such a large family to support, Jacques’ parents were not able to pay his school fees, so from the age of 15 Jacques worked long hours sewing to afford his high school education.  He wasn’t able to attend classes, so he studied on his own when he had finished his sewing work.  “I didn’t get to participate with other students,” Jacques explained. “But my friends became my teachers. Without friends who would offer to give me their time to explain something for me, I couldn’t make it.”

When he was in 11th grade, rebels attacked his village and nearly all of his family was killed. One of his sisters managed to escape, and Jacques was badly injured when a bullet struck his hip. He returned to the Rwandan refugee camp and with the help of Doctors Without Borders, he was able to get treatment as well as asylum to the United States. 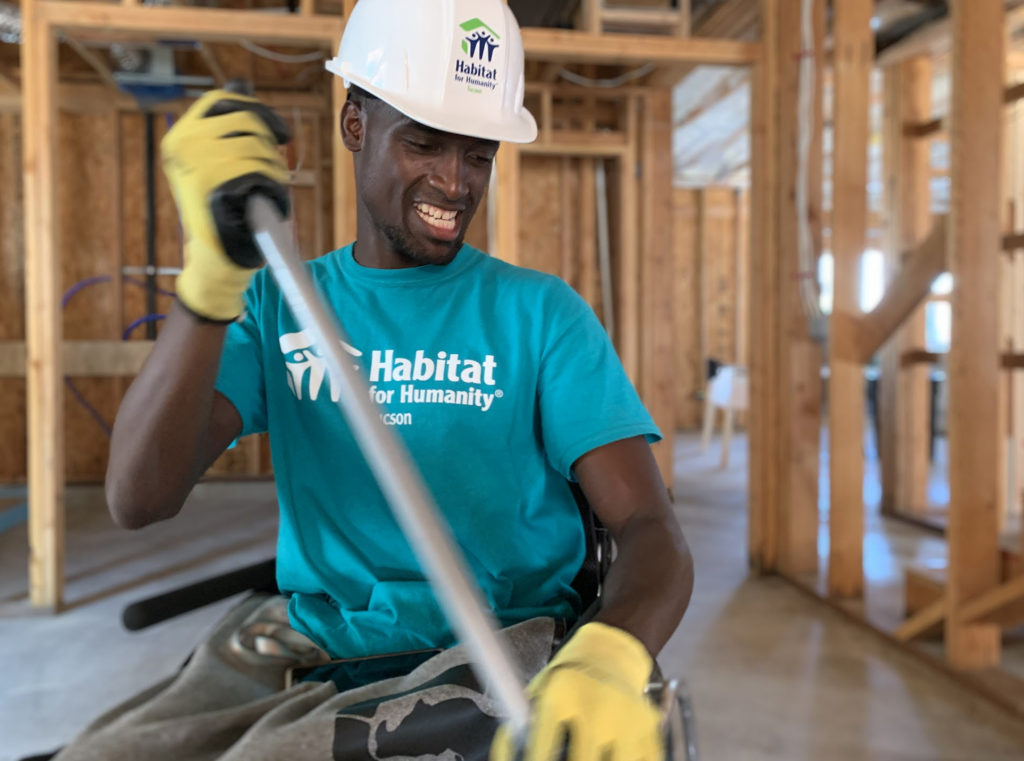 When he arrived in the United States, he met his wife Dative, who he then learned had grown up in the same refugee camp, where they had each lived over 17 years. “We didn’t know each other there, because more than 50,000 people lived in the camp,” said Jacques.

When Dative and Jacques married and started their family, they knew they wanted the best for them. But right now, the apartment they live in is dangerous. Often there are large groups of people using drugs, and one night Jacques saw a shooting outside his apartment where 3 people were killed. “I can’t let my family outside after eight o’clock. No. It’s too dangerous,” he explains.

The two-bedroom apartment is also too cramped, with two young kids sharing one bathroom with their parents, making morning routines extra challenging. Jacques suffers from chronic pain and don’t get enough sleep because of pain. “I take my own room to struggle alone. I don’t want to disturb them. My wife needs to wake up in the morning to get ready for work, and my children need good sleep.” 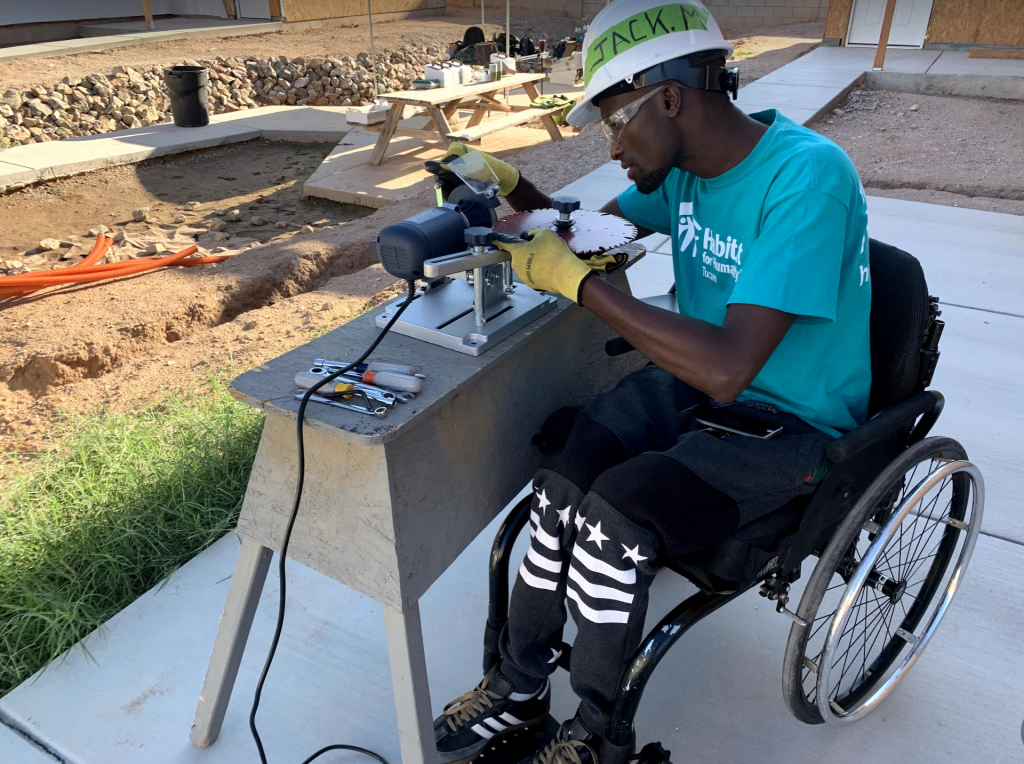 A larger home in a safe Habitat neighborhood will make all the difference in the world. “Because the neighbors know each other, it will be a big chance to be safe. It’s a place we’ll treat as our village,” Jacques says. “Each person will provide peace, so you can gain peace.”

He’s loved getting to know his future neighbors on the build site, greeting people and seeing their happiness as they work side-by-side. That community will help fulfill one of his biggest dreams: to provide a safe place for his kids to grow and thrive.

Jacques also knows that this home will give him the chance to pursue another one his dreams: of becoming a dentist.

“I have this chance of security,” Jacques explains. “And I will go ahead and save for my family’s future.  I will do anything just for them. And even if I’m gone, this house will be theirs. It will be their home.”

The Lumber Crisis: And What To Do About ItEvents, Habitat Happenings, Habistore- Recent Updates, Habitat Tucson