“The two main things I’m supposed to do in life is love God and love others.”

Jesse was 34 years old when he joined the military. He served in active duty in the Army as well as in the National Guard. His passion for serving others hasn’t slowed down one bit—now he works at the Veteran’s Center, assisting other veterans who need help with navigating job sites and creating resumes on their computers.

One day at work, Jesse’s boss mentioned the Habitat homeownership program to him. “I had never heard of it before!” he said. But he’s been loving every minute of it.

“I like making things, and everyone is so cool there, everyone works well together,” Jesse says. “Sometimes they even ask me to be in charge of the painting teams because I paint so much. I get to lead and direct people.” 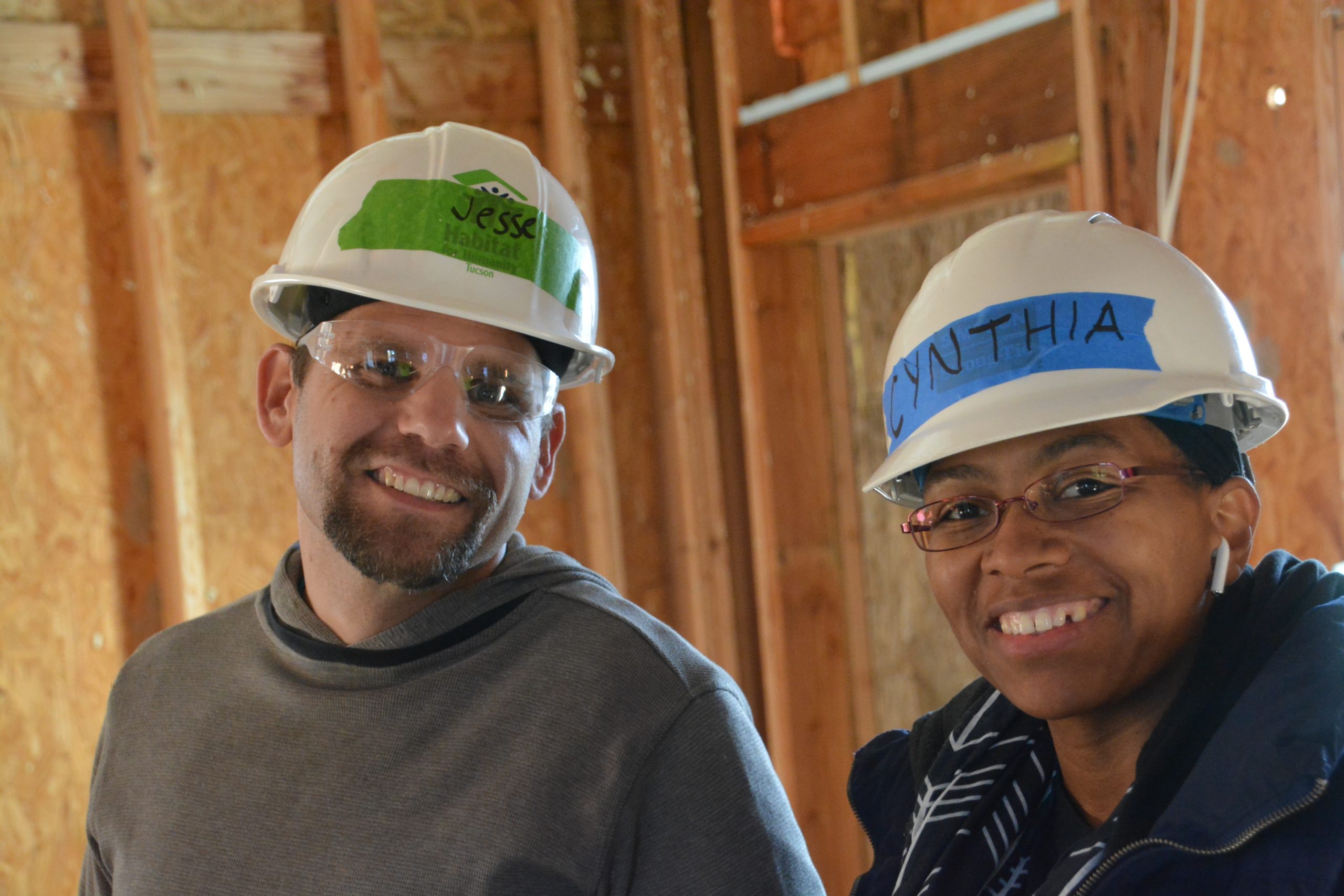 Currently, Jesse lives in a one-bedroom apartment. Smoke from his downstairs neighbor comes in through his kitchen vents, and he wakes to loud sounds from his neighbors at 2 o’clock in the morning almost every night. There are sometimes break-ins in the community laundry facilities, and management does very little to attend to the safety and functionality of the apartments.

“I’m trying to get out of here,” Jesse explains. More than anything, he says, “I’m tired of throwing my money away.”

He’s completed nearly 200 sweat equity hours through construction and work at the HabiStore. He’s particularly fond of working at the build site because he the progress is so visible day to day. “On the build site, you get to see, right now, what you’re doing. It’s so satisfying!”

Even more than that, Jesse feels a real sense of community on the build site. He can tell people want to be there, and they love not only working but working together. That feeling is new to him—something he didn’t have in the army.

“I felt like I was more of a team on the build site than in my unit in the army,” he explains. “But through my sweat equity I’ve already met most of my neighbors. They’re a nice group of people I can actually trust and hang out with!”

Having a home for Jesse gives him a sense of self-sufficiency—investing in himself and his future. He imagines a yard for a couple of dogs, starting a family, and creating a little art studio in the spare bedroom. He’s studying animation right now, and hopes to one day open his own animation business. His own home makes all of that possible. It gives him not only hope, but also a sense of freedom.

“I’m used to barracks and apartments,” he says. “An actual home will be better for me. I’ve been wanting one for a long time.” 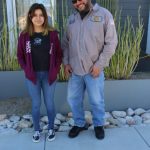 “I’m Doing it for My Daughter” – William’s StoryFamily Stories 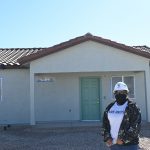