Before and After Habitat Tucson Helps Veterans

63-year-old veteran Edward Brooks served in the Armed Forces as a longshoreman. During his time in the military he served in Egypt, Grenada, and Beirut.

Now retired, Edward his wife Karen have been living in a mobile home out in Picture Rocks with their two dogs and one pig for the past six years. But with chipping paint, an inaccessible shower, and a broken HVAC system, their home wasn’t feeling safe or sustainable. Through a generous grant from The Home Depot, all of that was about to change.

The Home Depot Foundation provided funds so that Habitat was able to give them a new roof, new HVAC system, upgrade their windows, and remodel the bathroom. 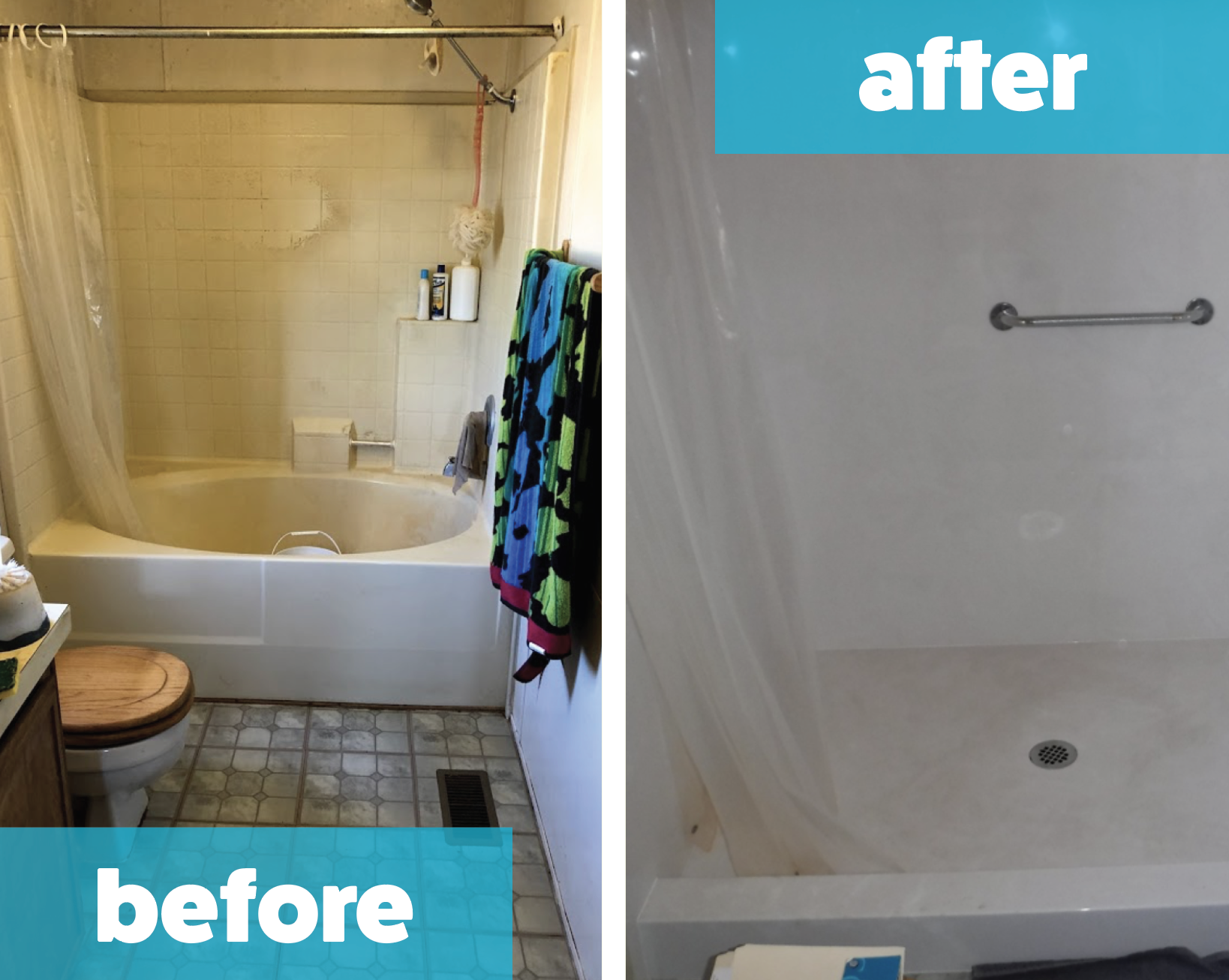 Habitat Tucson was able to replace all windows with energy-efficient dual pane windows, ensuring lower heating and cooling bills in years to come.  Next came the problem of the shower. With a deep and wide tub, it was no longer safe for Edward and Karen to access it without the risk of falling or injuring themselves. That tub and shower was replaced with a low threshold shower, including grab bars, to ensure they both could safely age-in-place in their own home. The old HVAC system was removed and a brand new one was installed in its place.

As the finishing touch, Brooks’ home received A Brush With Kindness, where the exterior was repainted to help restore pride in homeownership. 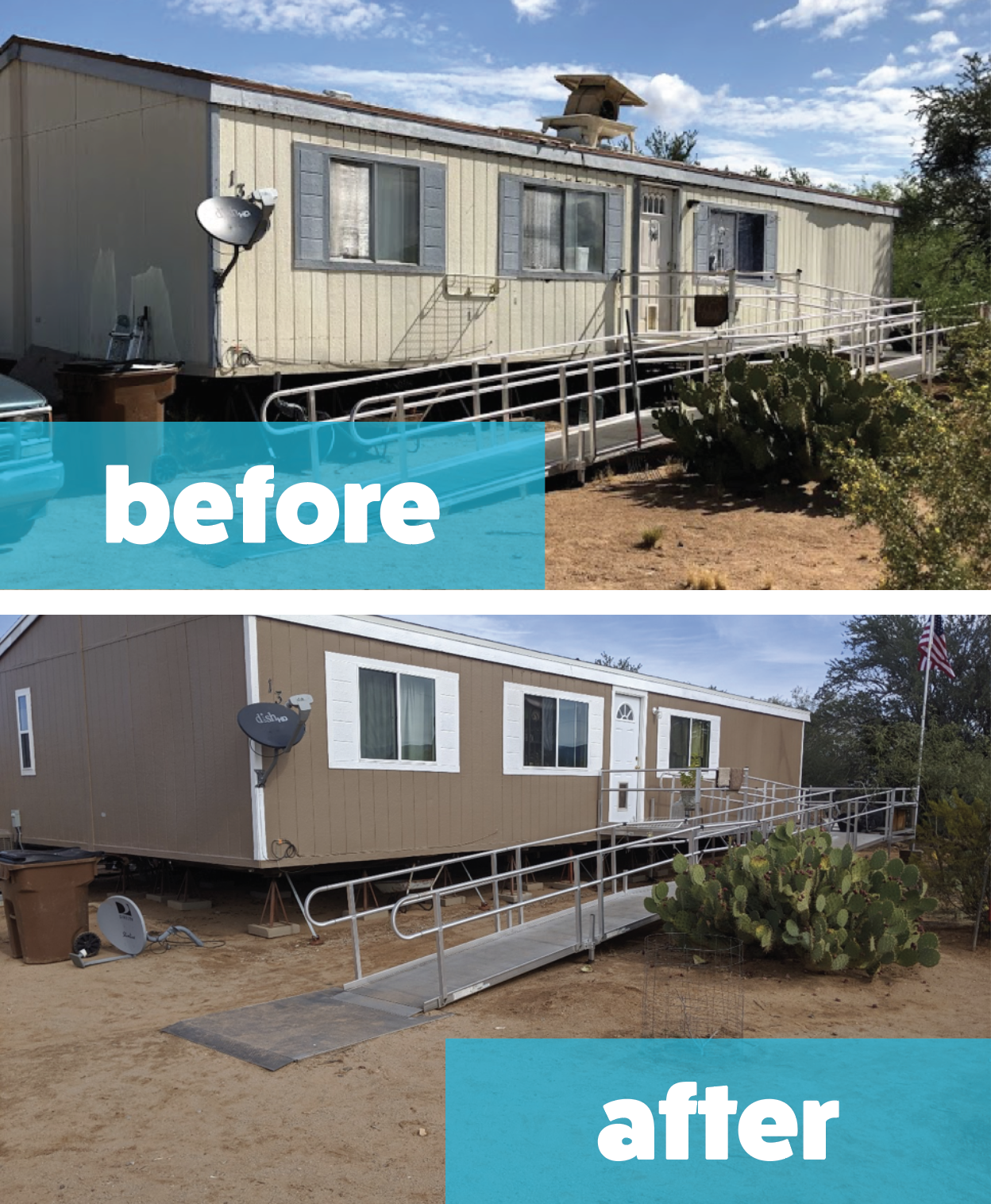 About Giving Back at The Home Depot

Since the first The Home Depot store opened in 1979, giving back has been a core value for the Company and a passion for its associates. Today, The Home Depot and The Home Depot Foundation, focuses its philanthropic efforts on improving the homes and lives of U.S. military veterans and their families and aiding communities affected by natural disasters. Through Team Depot, the Company’s associate-led volunteer force, thousands of associates dedicate their time and talents to these efforts in the communities where they live and work.

The Home Depot Foundation works to improve the homes and lives of U.S. veterans, train skilled tradespeople to fill the labor gap and support communities impacted by natural disasters. Since 2011, the Foundation has invested more than $350 million in veteran causes and improved more than 48,000 veteran homes and facilities in 4,500 cities. The Foundation has pledged to invest half of a billion dollars in veteran causes by 2025. 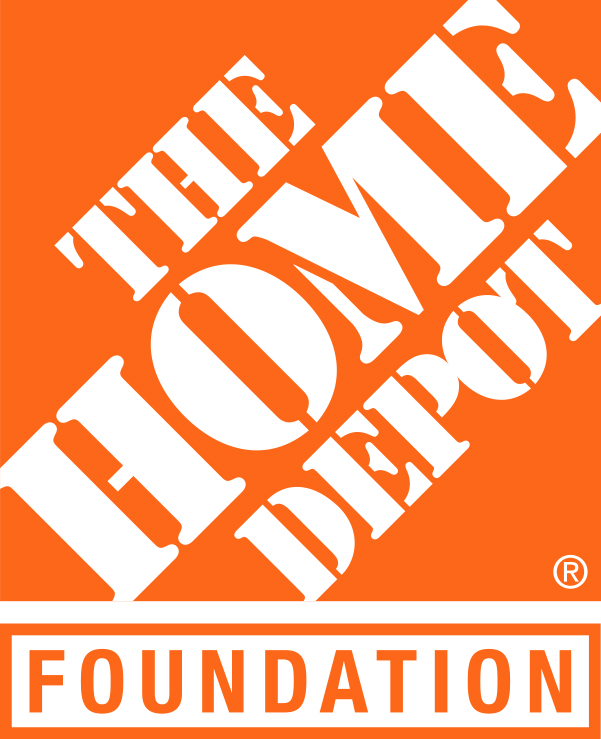 Thank you Home Depot for being the major sponsor of Habitat Tucson’s Veterans Build program.

Habitat for Humanity Tucson’s Veterans Build partners with military service members, their families, and the families of the fallen to build affordable housing. We reinforce strength and self-reliance through volunteerism, homeownership, and home repair.

Veterans Build relies on donations from individuals, volunteers and the community. Thank you for helping Veterans. 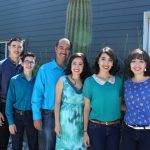 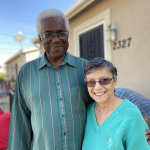