Holly and her son, Jace, have a way of communicating without words. They look at each other and know what the other is thinking. Even though Jace is sixteen and fiercely independent, he and his mom spend a lot of time together. Whether it’s biking outdoors, watching hockey, or playing music together at their church service, they have fun.

“Jace is going to disagree, but we genuinely like to spend time with one another,” Holly jokes. Jace rolls his eyes but doesn’t disagree.

Family is essential to Holly. She comes from a big family. She has ten adopted brothers and sisters who all have special needs, and her mom, siblings, and extended family all live in Tucson. She’s been in Tucson for thirty years, since moving from Ohio when she was seven, and she says she’s not going anywhere.

“I have no desire ever to leave Tucson,” says Holly. “I love the mountains. This is my home. I feel most comfortable here, and our family is very tight-knit.” 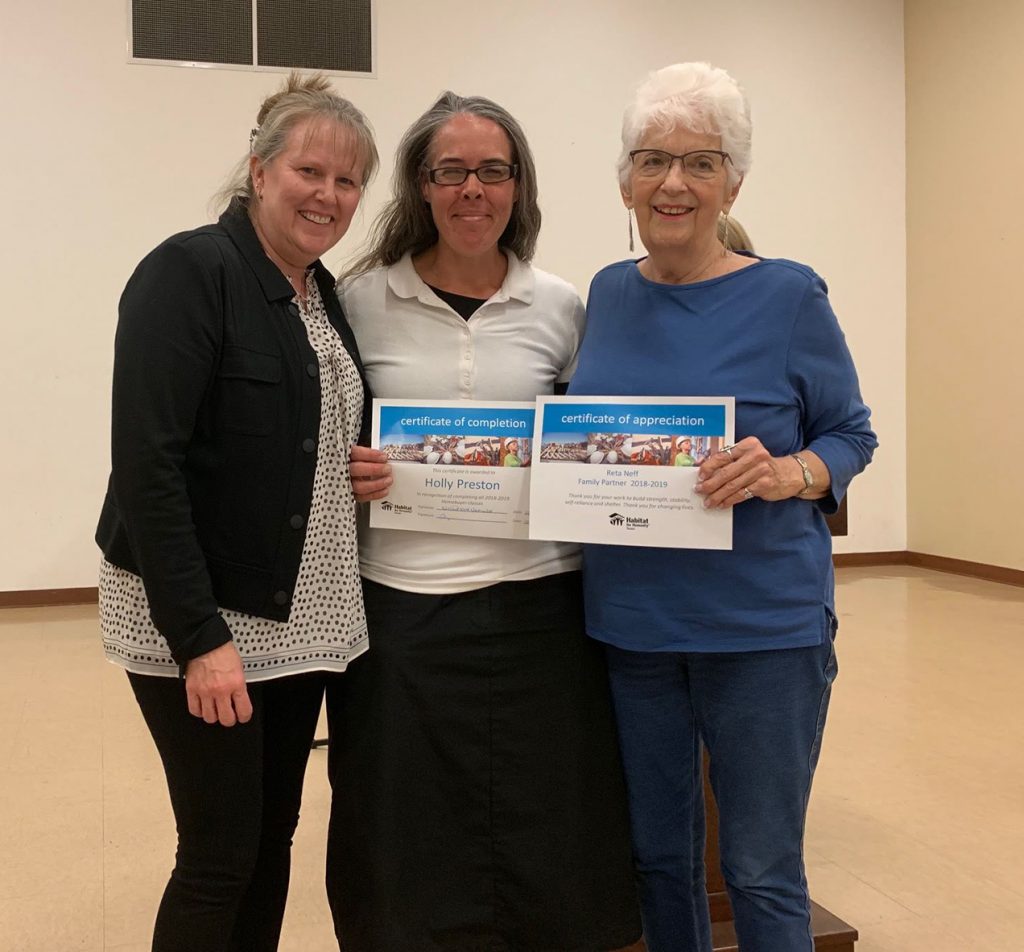 Holly completed her financial classes, 250 sweat equity hours and saved for a downpayment

The prospect of inviting her family over to her future Habitat home is one of the things she’s looking forward to the most. Currently, Holly and Jace live in a small two-bedroom in the Amphi neighborhood. When their family visits, they pull together chairs in the living room and chat for hours, but they don’t have the space to do so comfortably.

Holly understands the importance of owning a home, building credit, and having financial independence.

“Financially, owning is so much wiser,” she notes. “Eventually, my house will get paid off. I’ll be older, and whether I’m able to work or not, I’ll have that security for the rest of my life. Owning my house will help build a positive foundation for future growth and for making the right decisions.”

Holly is also ready for the physical and financial stability of owning. Recently Holly and Jace’s rent was raised, and it has been a struggle to pay it while simultaneously saving for their down payment. 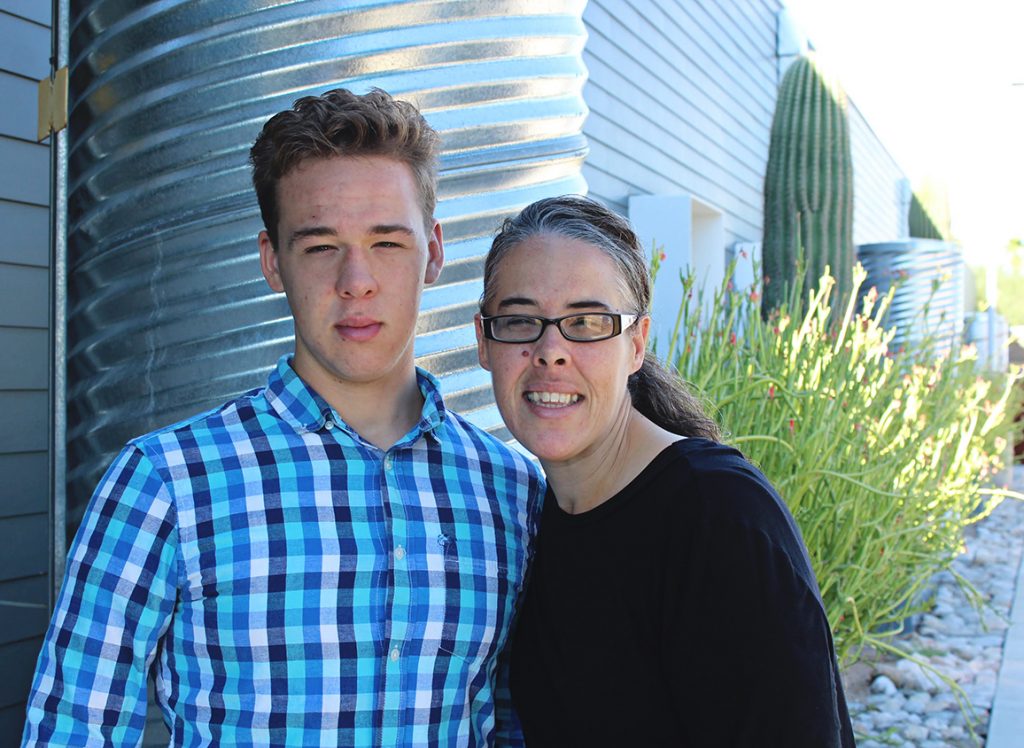 Holly and her son Jace love living in Tucson

“Landlords or management companies can always raise the rent. If a different management company comes in, you’re dependent on them not only for what they charge but also for repairs. All that goes away when you own your own home. You become the one that’s in charge,” says Holly.

Holly knows that owning is a big responsibility. This will be Holly’s first home, but she’s ready for it.

“That’s why I love Habitat’s financial and budgeting classes. I’ll be able to stay on top of everything,” she says.

When she’s not learning how to budget, Holly is at the construction site, learning how to build homes. She loves it. Holly has a couple of jobs, but her favorite is one is being an audiovisual supervisor at the JW Marriott Star Pass Resort. She gets to work with technology and lighting. She builds audio and visual experiences in her daily life, and in her spare time, she’s rebuilding a Baby Ace airplane. The way Holly sees it, learning how to build a house is adding to the list of cool things she can do. And it’s giving her a sense of independence.

“There are small things that I don’t understand yet about building a home, but for the most part I’ve seen how the structure comes together. And I know that if we had a leak in a wall, I could remember the plumbing structure and the wiring and fix it,” she says. “I love that.”

Jace loves working at the HabiStore. Working the loading dock has been his favorite job, and he’s made friends with the HabiStore employees. 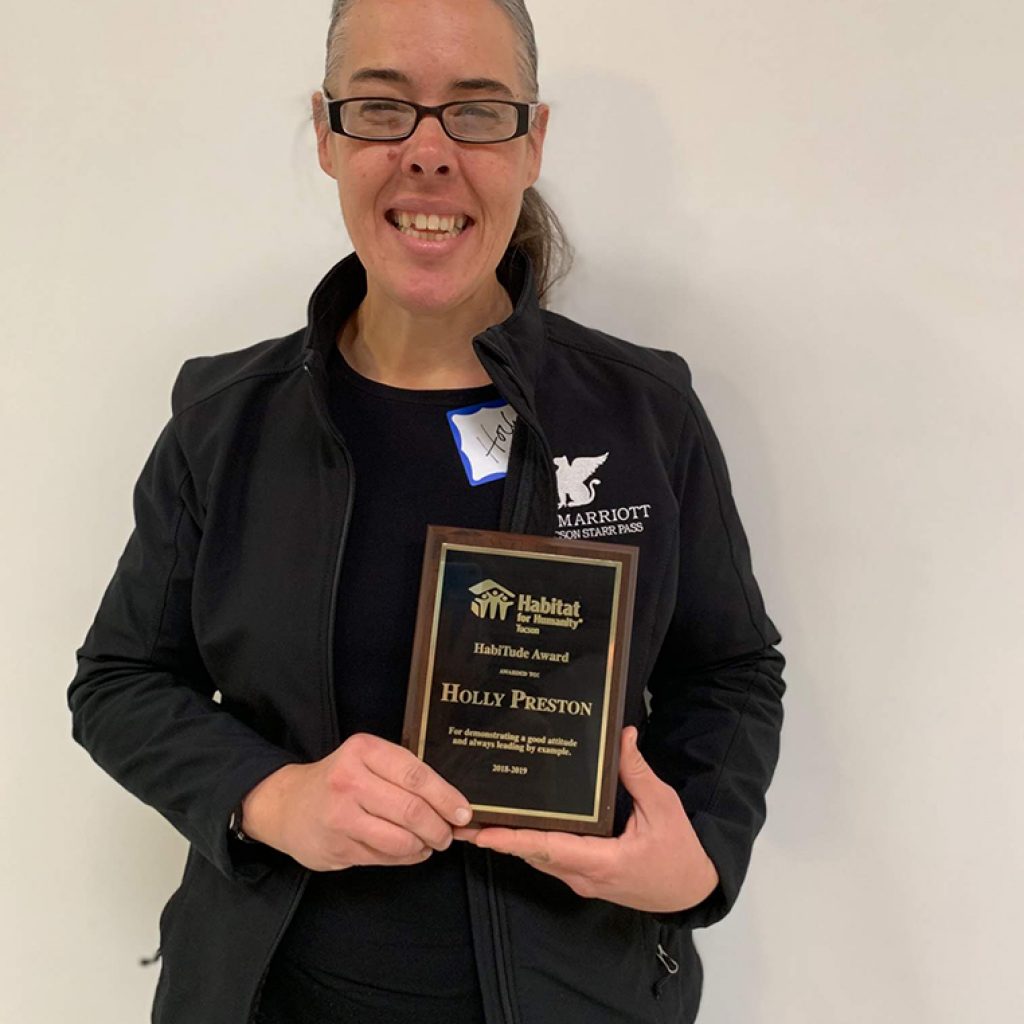 Holly and Jace’s journey to homeownership hasn’t been easy. They’ve moved a lot. From family falling-outs to having to support Holly’s extended family on her single income, they found themselves with a new place to call home frequently. But she knows she isn’t alone in this.  Holly says she loves the fact she and her future neighbors are all on this journey together. Immediately they have this experience in common.

“We’re all on the same page, and we can relate to each other,” Holly says. “This program is a humbling yet wonderful thing, and we’re sharing these struggles and joys.”

For Jace, Habitat has come to represent opportunity.

“Some people don’t have the means to own a home even though they want one and could work towards keeping one if they had that initial financial help. Habitat creates that opportunity for them, for us. Habitat helps people get on their feet. We can live the life we want,” says Jace.

Holly agrees, “Habitat is a helping hand. I couldn’t have done this without Habitat. I still would have fought hard for this and tried to find a way, but Habitat was that initial boost we needed to get us through the door.” 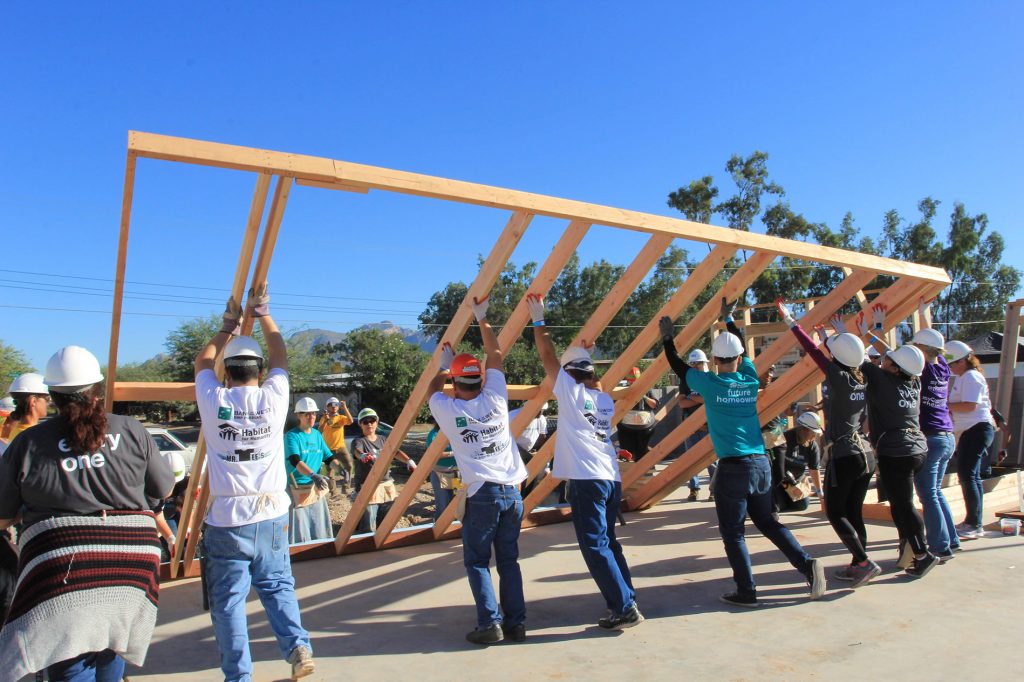 Jace helped raise the walls on their future home alongside volunteers 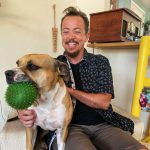 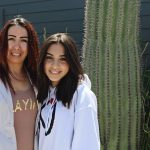