In July of 1997, Habitat Tucson dedicated its 100th home amid music, bright balloons and paper flowers, and prayer, in the Casa Allegra neighborhood. Diana Jackson and her family were celebrating their Habitat journey towards homeownership in the company of their neighbors, families and friends.

There was a row of new homes with colorful steel roofs and dual-pane windows. Every home was three or four bedrooms, and all the Habitat families had built a community by putting in the sweat equity to helping build their — and each other’s — future homes.

“Without Habitat for Humanity, my boys and I could never have afforded a home. We’d be doomed to an apartment and paying outrageous rent,” said Diana. Before joining the Habitat program, she’d had no previous construction skills, but with the help of devoted volunteers and staff, she helped build several homes – hers included.

“It gives you a special feeling that you’ve worked hard, and you’ll take care of what you have built,” she said. 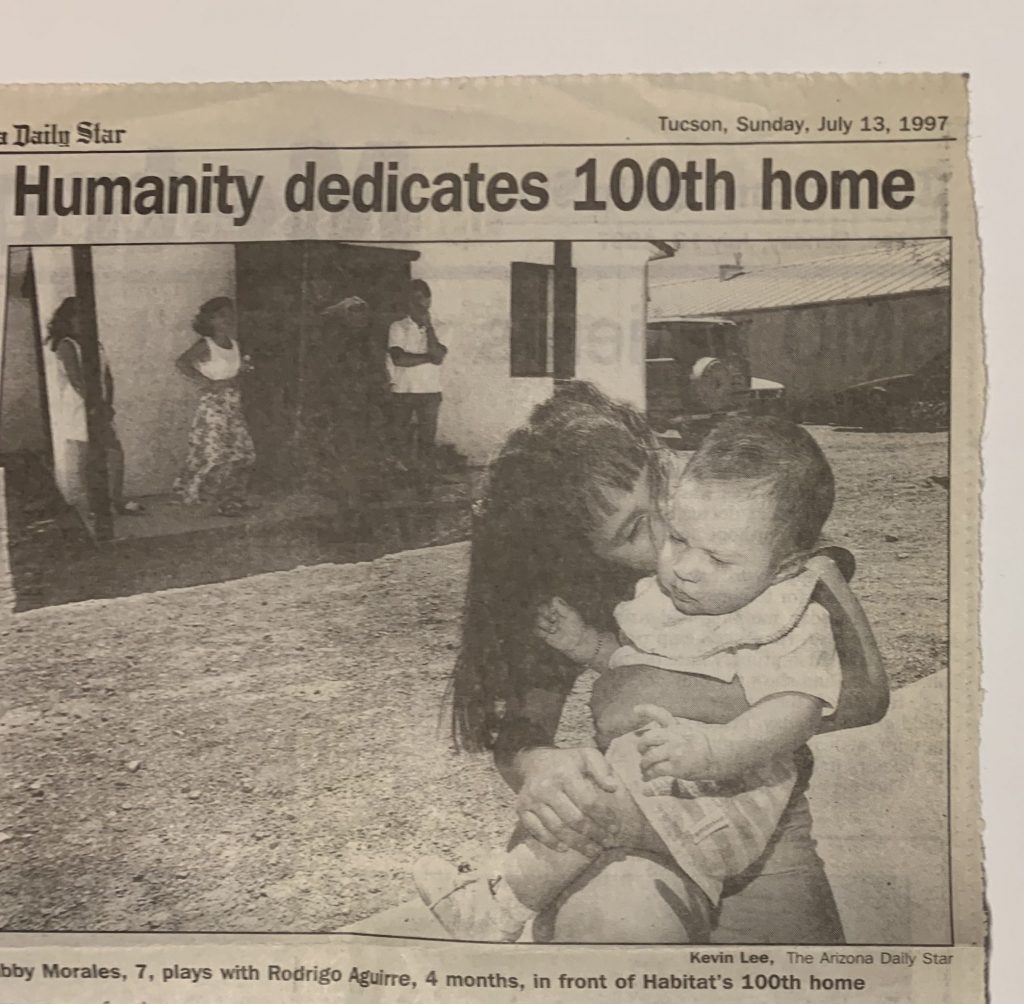 Her home is the 100th that Habitat Tucson has build since we started in 1980 — and as we approach the wall-raising for our 450th home, it’s incredible to looking back on the early chapters of Habitat families.

“This is such a wonderful program and the people are so dedicated,” said Mathis, one of more than 50 volunteers who attended the celebration.

“The whole family gets involved in just about every phase from the ground up,” said Leland Yarbrough, a longtime Habitat volunteer and general contractor who helped build over 100 Habitat homes in his tenure.

And beyond that — all the neighbors built more than one another’s homes, but built community along the way. That was exactly what happened one hot July in 1997, for the hundredth time.

A slightly different version of this story originally appeared in the Arizona Daily Star on July 13, 1997.

As we celebrate our 40th year, we’ll break ground in our newest neighborhood, Carters Court, and raise the walls on our 450th house. Together, homes and dreams are being built. Learn more about our 4oth anniversary. 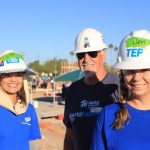 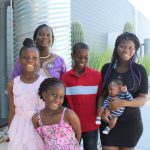