It’s one day you can go volunteer, it’s one thought, it’s one donation – it’s just little simple details that we can actually do to change people’s lives.

I will take a little piece of Habitat back to Ecuador…

There’s something really special about people who com 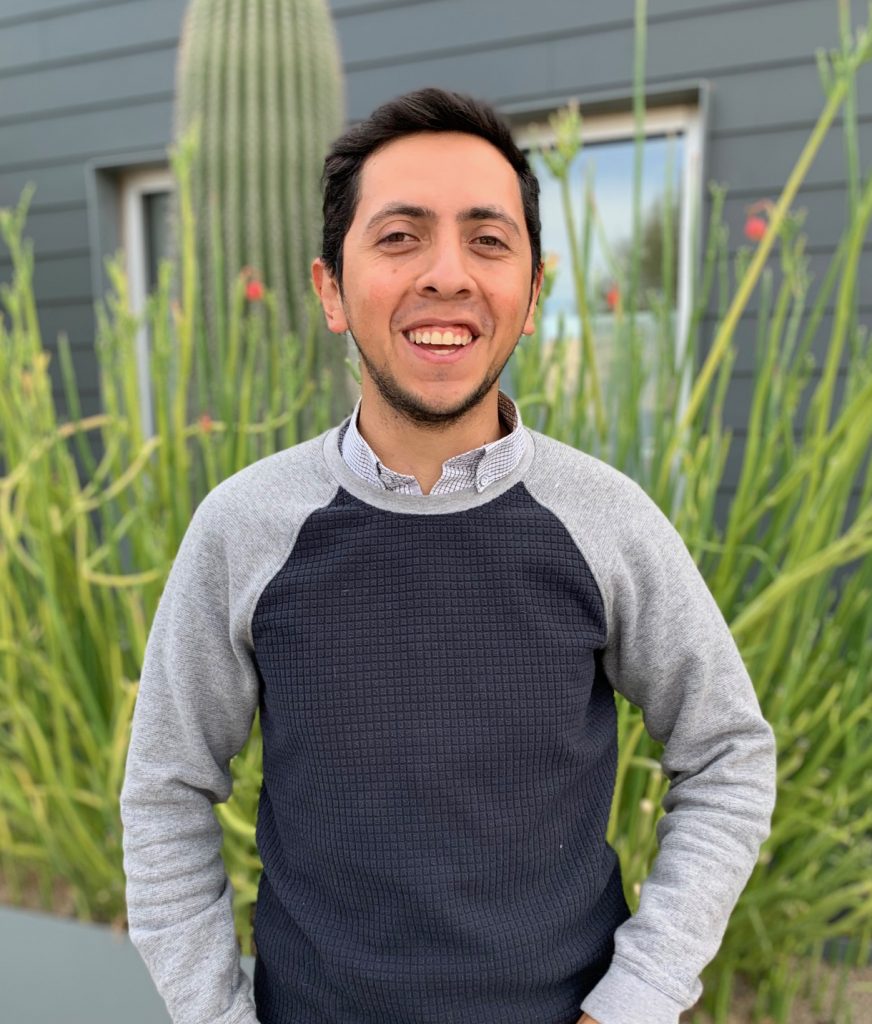 e through Habitat.  That’s what Daniel noticed right away.

Daniel Avila, a civil engineer from Ecuador, was first interested in volunteering at Habitat because it correlated with his degree, and he wanted a chance to learn about US construction firsthand.  But he kept coming back as a volunteer because of the people.

“The best part was getting to know everyone – the homeowners, the volunteers – because that’s what it’s all about.  People actually helping out other people,” said Daniel.  “The human part of Habitat – that’s the best part for me.”

World Habitat Day 2018 at Minton Court was a whirlwind for Daniel.  He’d volunteered so much time and had such high expertise he was made an honorary staff member of Habitat Tucson – and donned his yellow construction lead t-shirt with pride.  Then, he led his own group of volunteers in raising the walls on 6 new homes in Minton Court.

“It was challenging, but it was a great experience as well,” he said. He loved the chance to get to know the homeowners as they swung hammers side-by-side, completing their sweat equity.  Because they were on-site with him almost every day, Daniel had the chance to hear all their stories.  And it was clearly evident how this home would change their lives forever.  “It’s incredibly rewarding,” Daniel said.  “Not only are we building a house, but it’s going to be there for generations.”

He sees Habitat Tucson’s mission as a way to open up opportunities – so that families can focus on their children, their education, and pursuing meaningful work now that they don’t have to worry about a safe place to live anymore.  He feels more aware of it now than ever. “There are lots of people that need help,” Daniel said. “And we can actually do something about it.  It doesn’t take long.  It’s one day you can go volunteer, it’s one thought, it’s one donation – it’s just little simple details that we can actually do to change people’s lives.” 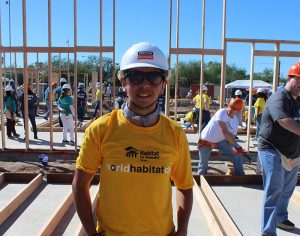 Coming from Ecuador, Daniel is vastly aware of how poverty can impact everything in a community.  But his experiences at Habitat Tucson have given him a map.  And he wants to establish a Habitat or similar organization in his home country when he returns, to make a model similar to the work he’s seen here and the work he’s done there. “I want to take a little piece of Habitat back to Ecuador with me,” he said. “Take the idea and see how it works there.”

Daniel volunteered over 400 hours during his short time with Habitat for Humanity Tucson.

In addition to supervising volunteers, homebuyers and construction at the build site, Daniel got to interact with a team of AmeriCorps members. AmeriCorps is a National leadership program where individuals perform a year of service helping families build strong and stable homes in communities throughout the U.S. During their time in Tucson they completed neighborhood improvement projects, construction builds and experienced local culture. Daniel was happy to share Salsa dancing lessons with the AmeriCorps members, which they said they really enjoyed. 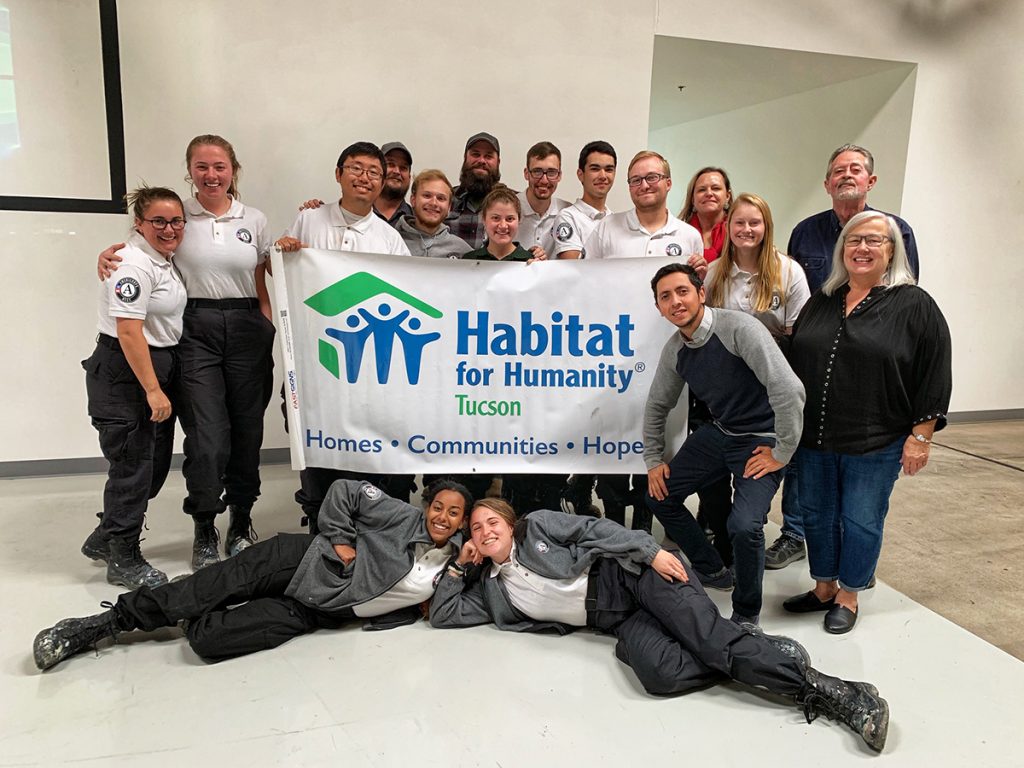 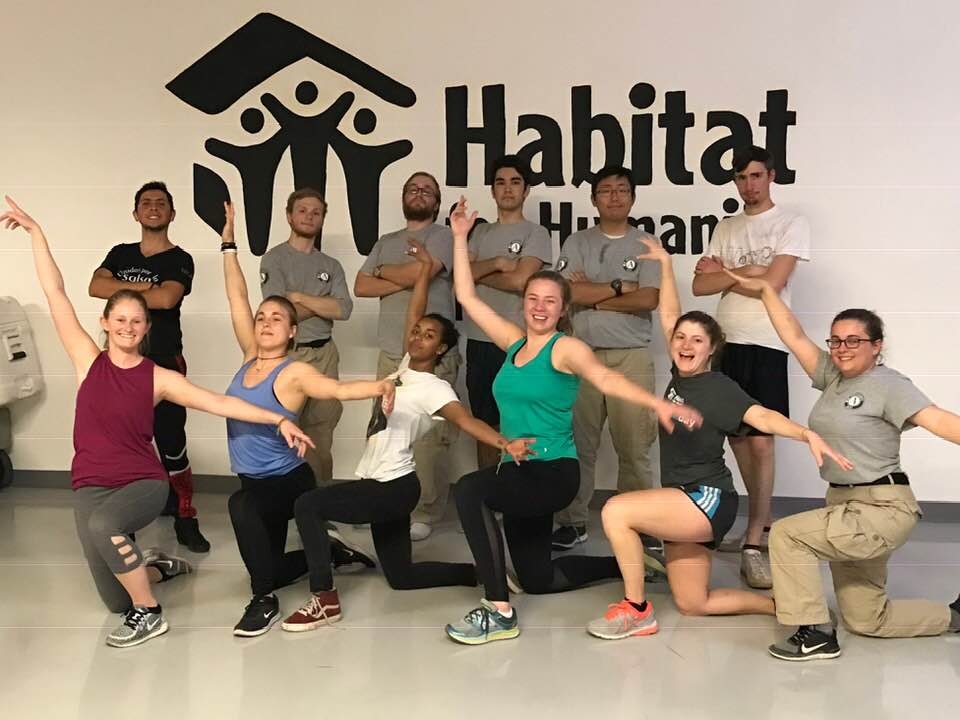 “The best part was getting to know everyone – the homeowners, the volunteers – because that’s what it’s all about.  People actually helping out other people,” said Daniel.  “The human part of Habitat – that’s the best part for me.” 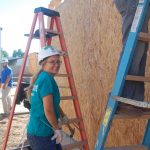 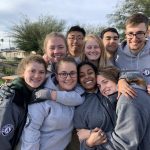