Press Play above to hear the recorded Podcast

According to United Nations data, about 25 million people in Bangladesh are living in abject poverty and nearly a quarter of the female-headed households live in extreme poverty. More than two million people in the capital city of Dhaka either live in slums or are without any proper shelter.

John Armstrong speaks to Mrs. Green’s World to discuss how Habitat for Humanity works with partners and volunteers to respond to disasters such as cyclones or storms and helps families rebuild.

Since 1999, Habitat Bangladesh has helped disaster-affected families in Bangladesh through emergency shelter kits and transitional housing in the early phase of its response. Habitat Bangladesh programs include decent, affordable housing, clean water and safe sanitation, training in appropriate construction technology as well as disaster response and mitigation.

Habitat for Humanity Tucson is a tithe partner with Habitat Bangladesh. We designated a portion of our annual budget to support Global housing initiatives. Each year we support 23 families in Mexico & Bangladesh. If you would like to support this effort please consider making a donation. To directly impact Bangladesh please make a note: “Global Build”. Thank you!

Podcast thanks to Mrs. Green’s World:

Mrs. Green’s World is a global education platform that produces tangible solutions to inspire action. They strive to raise awareness about climate reality, sustainability, innovation and mindful living through our podcasts, media, public speaking, and events. They engage our community by discussing real issues and leveraging experts and science to get trustworthy information. 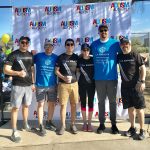 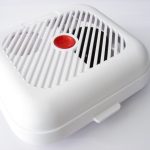