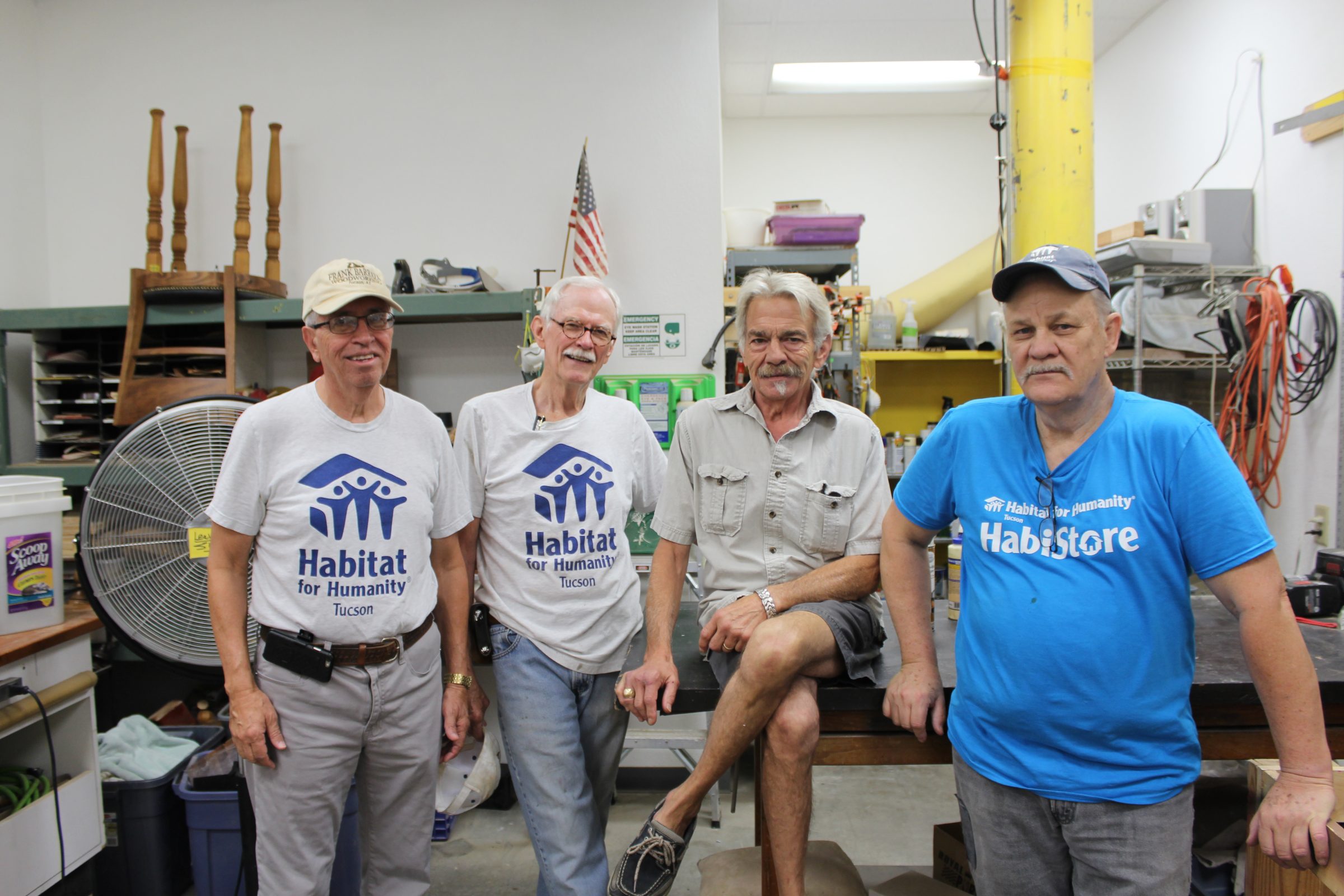 Featuring four volunteers in one piece seems a bit unusual but Frank, Dan, Jimmy and Butch complement each other so well that it would be remiss of us not to. 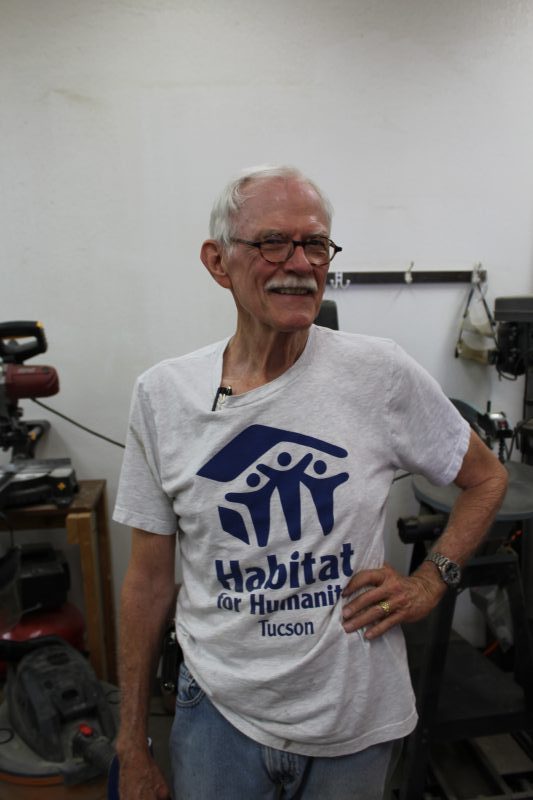 Dan has been volunteering for the HabiStore over ten years and he’s seen a lot in his tenure. He volunteered at the original store and these four volunteers, amongst others, are credited for building out and donating tools to the repair shop in the back of the current store, which has proven to be an imperative part of the HabiStore.

Donated pieces that that are fixed or refurbished in the repair shop fetch a higher price on the sale floor which means more resources to build Habitat homes. 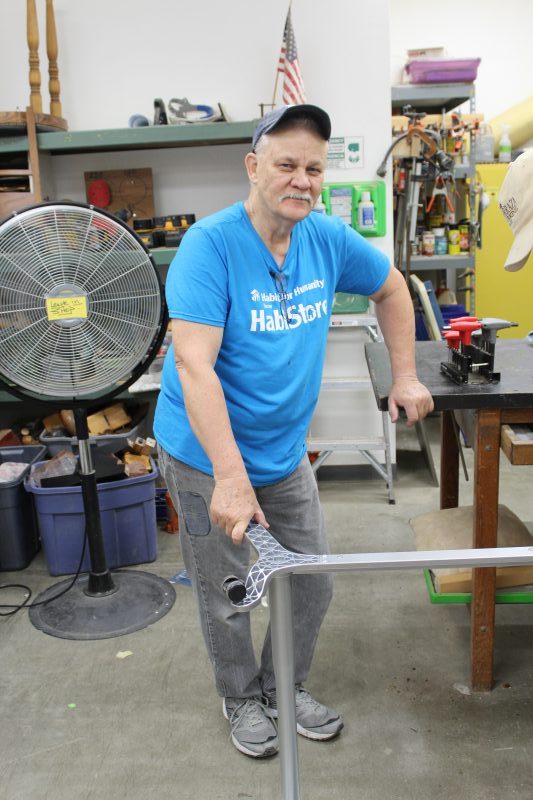 Butch puts the work into perspective,

“A used little table that comes into the shop could sell as is for $15. With some refurbishing, that same table could sell for $35. That $20 difference is an extra box of 4,000 framing nails for a home build.”

Repairs in the shop can vary from buffing out water stains on a neglected dining room table to replacing a missing leg on a children’s jewelry box.

The men all come from different walks of life. Dan is a native Arizonan and a photographer who lived in Indiana before moving back to Arizona. Butch is originally from Minnesota and has been volunteering at the HabiStore for over five years. Dan affectionately calls him “a jack of all trades.” Frank is a former engineer from Tucson and Jimmy is from Michigan.

They also found the HabiStore in different ways. Dan noticed an ad in the paper for volunteers for the HabiStore. Butch had a cousin that volunteered at the builds.

But they’re all here for the same reason.

“I believe strongly in the mission of Habitat for Humanity and this is a way of supporting that mission,” says Butch. “I would miss it if I didn’t do it,” he adds.

It’s clear they would also miss the company too. There is a clear kinship and ease in which these men work and interact with one another. They tease each other relentlessly when they have down time and trade in their humor and stories for strategic input when tackling a new project.

These four hobbyists have a lot to offer. Between them, they have a well of knowledge from electrical to woodworking and anything between. Soon, the HabiStore will be offering workshop hours to volunteers interested in learning these valuable skills. The four hobbyists are more than happy to impart their knowledge to willing volunteers!

When you volunteer at the HabiStore, you help us continue our mission of building a world where everyone has a decent place to live. Learn more about the HabiStore 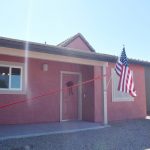 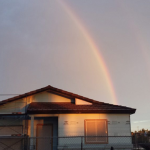